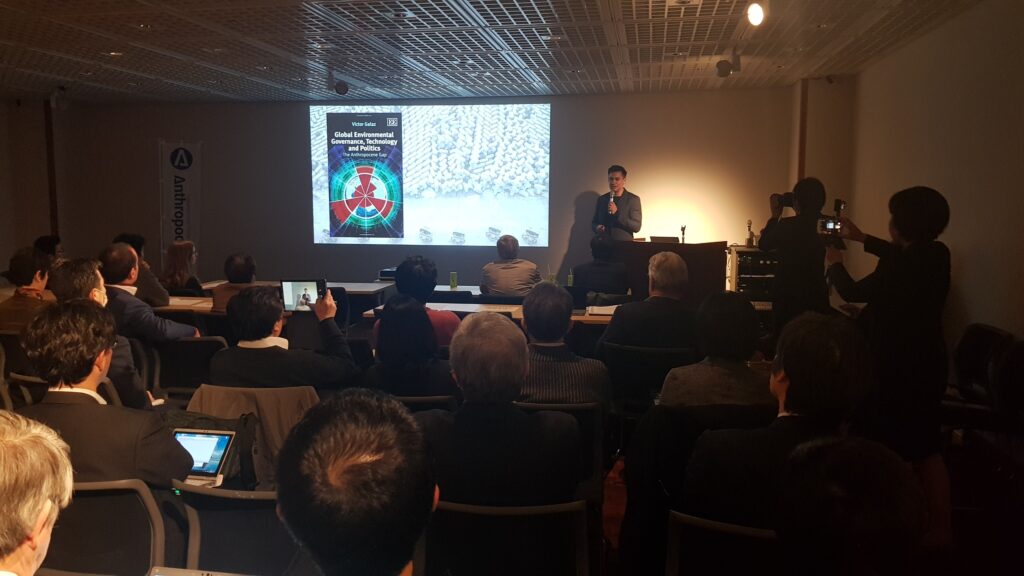 Could the Japanese financial sector become the next leader for sustainability finance? How are Japanese financial institutions connected to changes in “tipping elements” in the Earth system? And what could a potential future alliance between sustainability sciences and the financial sector look like in the near future? These were the three guiding questions for the fourth dialogue hosted jointly by us and Future Earth Tokyo.

During March 5th and 6th, participants from GEDB and the “Earth system finance” project engaged in a series of lectures, meetings and a full day dialogue about “tipping elements” in the climate system, in the financial district of Tokyo, the first one ever in Asia.

As part of the preparations for the dialogue, we produced a number of communication products. The first is a Japanese translation of the report “Sleeping Financial Giants – Opportunities in financial leadership for climate stability” (courtesy of Future Earth Tokyo). Second, we presented new data on Japanese ownership in the Amazon and boreal forests in Russia and Canada. The image below builds on the methods developed in our earlier work, and the data has been extracted by our Ph.D. Students Ami Golland and Alice Dauriach, and is available online here (including details about methods). 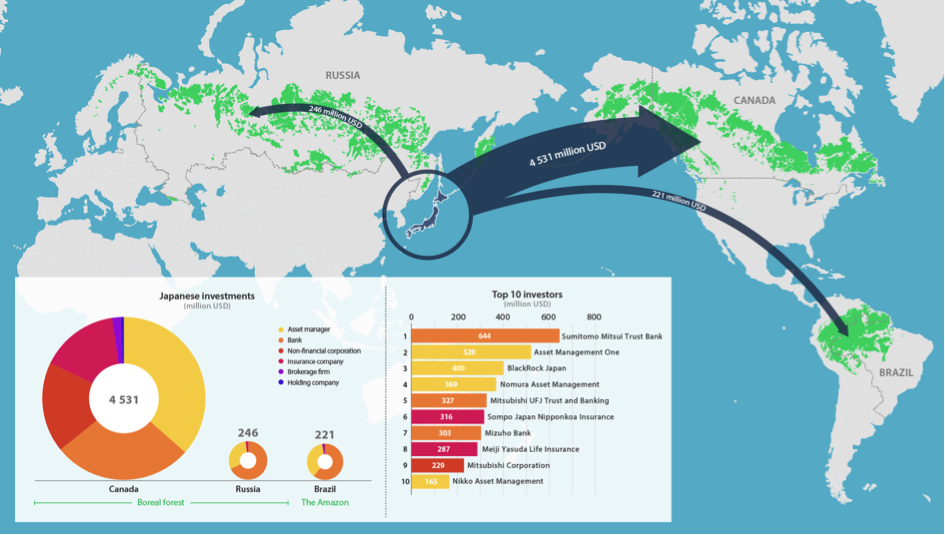 As the analysis shows, Japanese ownership in “tipping elements” is quite diverse including banks, asset managers and insurance actors, and is substantial in boreal forests in Canada (4,5 billion USD).

Japanese investors also asked for ownership data related to deforestation in Borneo. While this region is not associated with known “tipping elements”, changes in this biome has vast impacts on livelihoods, biodiversity and the climate system. The estimated economic value of ownership in this case is smaller, and dominated by asset managers. This visualization (see below) also builds on data extracted by Ami Golland and Alice Dauriach, and is available online here (including details about methods). 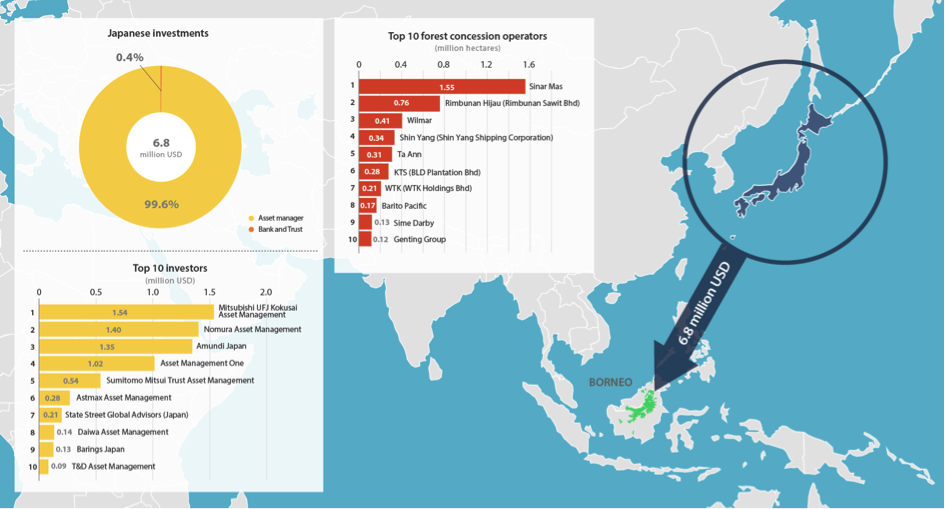 We would like to thank the team at Future Earth Tokyo for hosting this fourth dialogue with the financial sector, and we look forward to continued engagements in the near future.

The slides from the presentations in Tokyo can be downloaded below:

Will Steffen: “The Anthropocene: Where on Earth are We Going?”

Will Steffen: “Tipping Points in the Earth System”

Victor Galaz: “Tipping towards climate stability – the role of the global and Japanese financial sector”